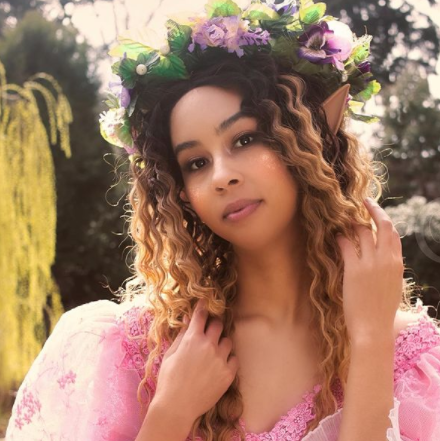 Emilee, also known as Our Shield Maiden, is a Pacific Northwest competitive cosplayer who loves genderbending and cosplaying for under $100. She believes that cosplay really should be for everyone and that inclusivity makes the cosplay community a brighter place. Emilee's work as an activist and advocate within the cosplay world touches on reclaiming narratives, civic engagement, and cosplayer involvement in movements. Emilee's work has been featured by Insider Magazine, Hamilton the Broadway Musical, Buzzfeed, Good Housekeeping Magazine, and Netflix. (image photo cred: @bones_rush)